Happy Birthday to me 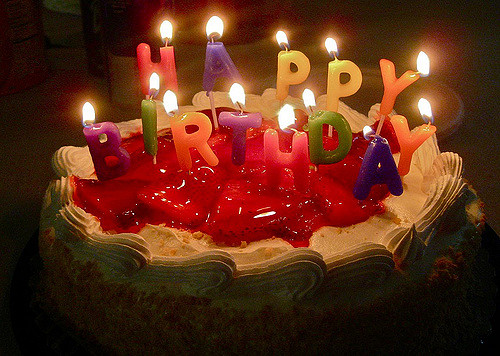 I realize this is a little bit of a self focused title for a blog. (especially tomorrow when it no longer applies). But I feel compelled to mark the beginning of this 39th year (for the seventeenth time) with a few thoughts. I woke up on this day feeling grateful and contemplative. And there may be someone out there who needs to hear what I’ve learned again just this week. We have a God of the long story. And in the midst of disappointment, discouragement, and loss, you just need to hold on. Because your story isn’t through.
I started the week with my heroic mom who has been through an awful lot lately, with two new stints in her heart and a 92 year old husband who just began a journey with Ahlzeimers. It’s been a long and treacherous two months, but just last week, she took a turn and boldly took hold of her new life. And my incredible husband and equally incredible fourteen year old son were by her side with me to cheer her on. Things like aging parents and teenage years can fill and deplete your heart in unexpected ways, but watching the two come together in this way was a gift I couldn’t have anticipated. It deeply filled me.
Tuesday morning I was high with love, and headed to Colorado Springs to tape a Focus broadcast on my new book (http://amzn.to/2wccPvf) and was deeply encouraged by their enthusiasm and response. (just a small interjection here, that if you’ve read it, posting a review on Amazon would be the best birthday gift ever:) Yes that was a shameless plug but it really helps get the word out.
While there, I got a selfie with the Pres (Jim Daly)

and dinner with my pal Lisa Anderson

AND her mother, which if you’ve seen posts about her on her facebook page is a whole other blog altogether. But I digress.
Needless to say, my heart was full when I got to the Colorado Springs airport for the last flight out that day to Denver when gate agent calmly told me my flight was two and a half hours delayed and I would miss my connection. My choices were:
A. Stay the night and fly out tomorrow or
B. Fly to Chicago (!) if I wanted
I chose C.
When there was no C, it finally dawned on me that there really was a C– I could drive to Denver and still make my flight except I had no car and wouldn’t be compensated. Just as the disappointment of spending $200 for a cab or risking $50 for a shuttle was settling in, the story took a turn. A man behind me was in my exact predicament, and with two passengers with over a million miles each, United came through and funded a cab to take us there.
It gets better.
The man’s name was George, and he was 60 something and delightful, worked for the government, had some kids late in life, and took another job so he could be home more and see them grow up. He told me all about his life and wanted to hear all about my book, which he said he was going to buy immediately and if he liked it, would be speaking to 10,000 people over the next year and would tell everyone about it. Our conversation was full and rich and even our cab driver took part in it- and all three of us said we had the best connection in a cab we’ve ever had. (Including the cab driver who has been driving for twenty years.) We also all agreed that there was Someone bigger involved in putting us together. We got out of the cab and had a three way hug just before George ran to catch his flight 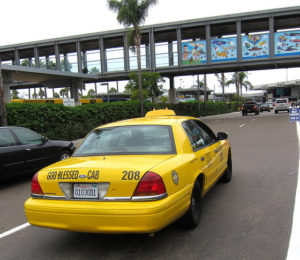 I arrived at my gate and had been unexpectedly upgraded (which never happens) but just before I got on, the gate agent offered me $250 in flight credit to give up my first class seat. My husband told me to keep the seat as an early birthday gift, but there was a part of me wondering all during takeoff if I made a stupid decision and should have taken the $250.
After a lovely dinner, just before landing, the flight attendant came to me and said “I am going to give you $100 flight credit from United today because we heard it was your birthday.”
So now you understand the title of this blog. My birthday started last night. But what you didn’t know was the long story that proceeded this title.
And that, I think, is the best way to describe the way it is with God.
After all the hurricanes and fires and riots and turmoil (in us and around us), the ending of this week’s story is a foreshadowing of how all our stories ultimately end up. Perhaps my favorite quote from The Best Exotic Marigold Hotel movie says it best.
Everything will be alright in the end. If it is not alright, it is not the end.