A peek into an Author’s heart 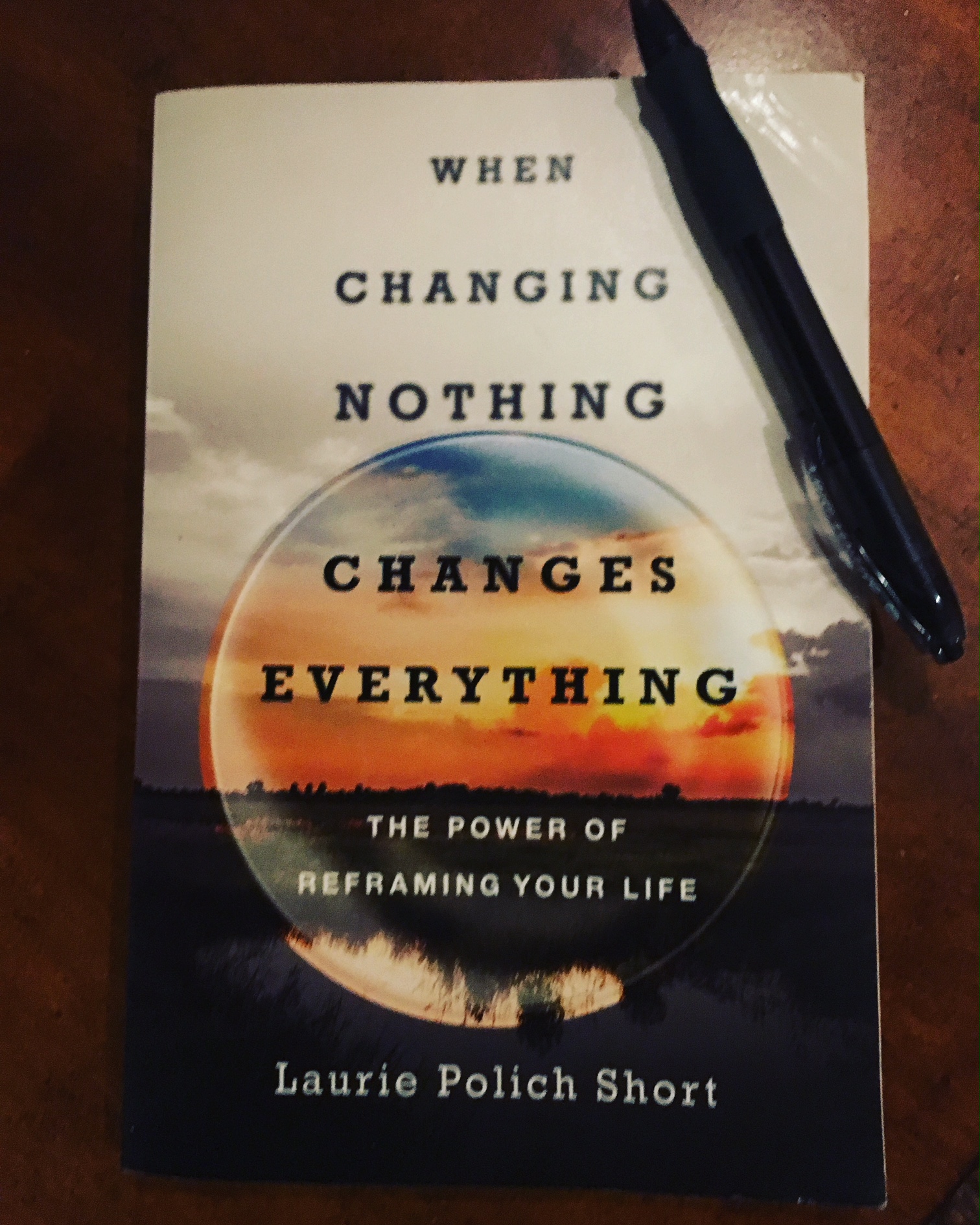 I’ve never had a child.
But birthing a book is the closest I’ve come to the emotions you must feel letting something out into the world with your heart full of hopes and dreams for what It will become. You pray that people see at least a portion of what you saw when it was birthed from the depths of your soul… that you will be forgiven for the imperfect parts you messed it up with in your shaping, and that it will ultimately become all its meant to be.

And every once in a while you get a glimpse that some of those dreams may actually be coming true.

A little over a week ago, I taped a TV interview on a show called “Between the Lines” with Barry Kibrick. Although Barry doesn’t profess to be a Christian, he connected with the message of the book. He had received the book from my publicist, and decided to read the intro out loud in a synagogue to 3,000 people, and after hearing spontaneous applause break out from a normally reserved audience, he made the decision to have me on his show.

After getting the invitation, I googled the show immediately. and saw that he had been on air for 22 years, received an Emmy, and interviewed the likes of Ron Howard, Dyan Cannon and Erin Brockovich. (http://www.tvguide.com/tvshows/between-the-lines-with-barry-kibrick/278962/)
Gulp.
Needless to say when I arrived at the studio, I was glad the shirt I had on that had absorbed my nerves was not the one I was wearing for the interview.
Upon entering the studio office, I was immediately put at ease because it was like a scene from “My Big Fat Greek Wedding”, only Jewish. There was his wife, a grandmother, family friends, a bunch of food, and many hugs and invitations to eat. There was also a totally legit camera crew waiting to mic me up on the set.
The set (as you can see) looked like a library, and my book was propped up between us on a table. 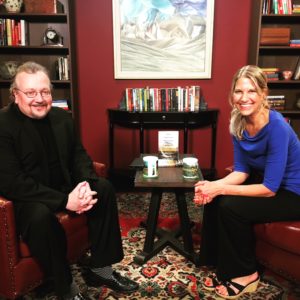 After I sat down, Barry and I began to converse off camera.
“I see from the book that you are a Christian…” he began.
I paused and held my breath.
…and I think it’s beautiful.”
(Relief sigh inserted here.)
“BUT..”
Pregnant pause.
“…our audience is wide- we have people of faith, and people of no faith, and everything in between. I think this book connects with all people. And I would love to talk with you about it in that way.”

And that, dear friends, was the moment. The inception of my book, the crazy title with no spiritual words on purpose, and all my evangelistic dreams flashed before my eyes as I said,
“I can do that”.
I knew he was nicely warning me that if I got too off on “Turn or Burn” or “One way or the highway” language, I’d be edited.

So the camera rolled, and the interview began. And I prayed. (Silently of course). And to be honest, I really have no idea how it went or what I said because I was totally in the moment with God.
Here’s your bridge Holy Spirit, I prayed. Take this interview and use it to open people’s eyes to a bigger story. May they be moved to read the book, where they will brush up against Your grace, Your word, and ultimately Your Son.

Last week, I received an email from Barry, and here’s what it said:

Dearest Laurie:
After 22 years of having wonderful conversations I can assure you that ours ranks up there as one of the best. I’ve already been recommending the book to my viewers who are having personal issues and know how much they would benefit by your book. I will let you know in plenty of time so we can both capitalize your appearance on social media.
Keep up the most important and beautiful work,
Barry

So today I’m thanking God for glimpses of dreams coming to pass. And I’m praying for who might be moved to get the book when the interview airs.
Stay tuned.

To get When Changing Nothing Changes Everything for a friend you might have who is outside the faith, visit this link: http://amzn.to/2wccPvf