The Best We Can Do 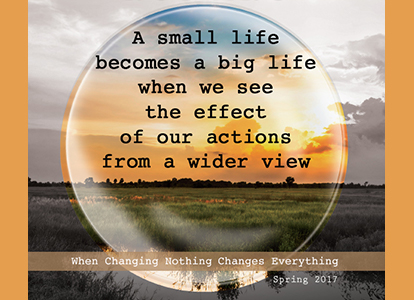 The setting was World War II.
The place was Berlin, Germany.
After countless horrific deaths, the Allies finally began to gain ground to claim their victory. During the final months of the war, the British conducted daily bombing raids over Berlin. British Bombers would take off from an airstrip in England and fly into Germany surrounded by smaller fighter planes, whose job was to keep German planes from attacking. 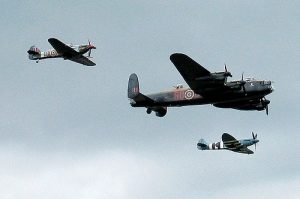 One night, after a successful bombing raid, the British planes were heading back to England when they were suddenly attacked by a group of German fighter planes. One bomber found itself flying alone with no protection, and at the same time a German fighter plane appeared out of nowhere. The crew watched helplessly as the German plane moved closer and closer, until finally it was in shooting range. They heard “Thud! Thud! Thud! Thud! Thud!” as five bullets slammed into fuselage of the bomber, right in the direction of the gas tank. The crew braced itself for an explosion, but after a moment of silence they found nothing happened. Fuel was seeping from the holes in the gas tank that the bullets had made, but they were able to fly back to their base and get safely off the plane. After the plane had landed, one of the mechanics came on board to examine what had happened. He handed the recovered bullets to the pilots, and they carefully opened each shell. To their amazement they found four of the bullets were empty, no gunpowder inside. Inside the fifth shell they found a piece of crumpled paper wrapped into a tiny wad, which read:

“We are Polish POWs—forced to make bullets in factory. When guards do not look, we do not fill with powder. It’s not much but it’s the best we can do.”

When we reduce our life to our individual actions, it’s easy to believe we are small and insignificant. But our small life quickly becomes a big life when we see the effect of our actions from a wider view. Every role we have, every circumstance we are in, every relationship we are a part of is affected by how we play our part. Your actions matter—not just for how they will affect you but how they will impact other people.

Seeing the big picture changes the small picture.
And looking through the big view lens can remind you of the importance of your part.

— I tell this story on facebook live this week (https://www.facebook.com/LauriePolichShort/) and it is adapted from my new book “When Changing Nothing Changes Everything”, out Spring 2017