When “I don’t know” is how you grow 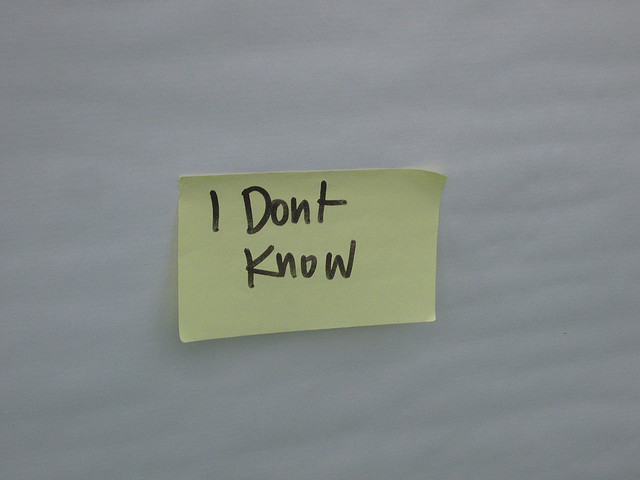 When I speak at my own church, there is a certain amount of angst as I strive to put together insights in a fresh and “never heard before” way. But when I’m given a text I’ve never studied, (Hebrews 5) combined with a title that’s less than grabby (the Great High Priest), let’s just say it adds a bit more prayer and contemplation to my week.

I was in Ohio speaking, and you’ll be happy to know there was no hellish travel story to blog about. Instead, there was  time to study on planes and think about a lot of things that I didn’t know.

Hebrews 5 begins describing Jesus as our “Great High Priest”, and I must admit the passage didn’t jump out at me at all. But in v.11, the writer suddenly breaks the third wall and pours a cup of cold water in your face. He says

11 We have much to say about this, but it is hard to make it clear to you because you no are no longer listening or trying to understand.

He sounds exactly like I do in my parenting.

The writer of Hebrews wants to expand upon deep and wonderful truths about Jesus, but his listeners apparently have stopped listening. They know all they want to know.

As we’ve entered the Junior high years, “I” and “know” have become the 2 most popular words in the Short household. Said together and spoken by our twelve year old son, they occupy much of the dialogue that fills the space we currently share.
I keep telling him that when he learns to put “don’t” between I and know, he’ll be one step closer to maturity. Guess what he says?
I know.

(but he can still be cute when he says it)

The writer of Hebrews is speaking to an audience that- spiritually speaking- seems to be stuck in adolescence, rather than moving on to adulthood. And he admonishes them saying “There’s a whole lot you don’t know.”

You’ve stopped listening because you think you know all there is. You’ve formed your opinion. You think you’ve got it down.
But there is more.

“I don’t know” leaves room for more insight, more truth, more life change, because you open yourself to deeper understanding. To hear and wrestle with the amazing truth that Jesus is called the “Great High priest” because he stood between God and us and offered a sacrifice on our behalf- just like the priests of the Old Testament.
Except unlike the priests of the Old Testament, Jesus actually became the sacrifice and offered himself

Sometimes, if we’re honest, we read passages like this about our faith and we mentally enter Charlie Brown’s classroom where the teacher’s voice fades to monotone and sounds like this: WaWaWaWaWaWa.

We heard it before. We know. We’ve got it down. And we know.

But here’s where the text interrupts us and says “Actually there’s a lot about this you DON’T know. Because you’ve stopped taking any more in.”

When we present God with what we know- acknowledging there are things we don’t know- we leave room for God to answer our prayer with what HE knows– including the timing, perspective and plan that only He is big enough to see.

This is the kind of prayer our Great High priest modeled when He knelt in the garden of Gethsemane and ended his request with, “Not my will but Thine be done.” 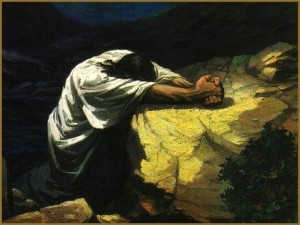 It’s this edit we invite from God that makes our prayer a grown up prayer. And I believe it’s the kind of prayer that pleases Him most. Because then He is free to take what we don’t know, and filter it with what He does know, and show us things we could never know if all we ever said was
“I know.”

For a 3 minute clip of the sermon I preached, watch here: