When the stars line up 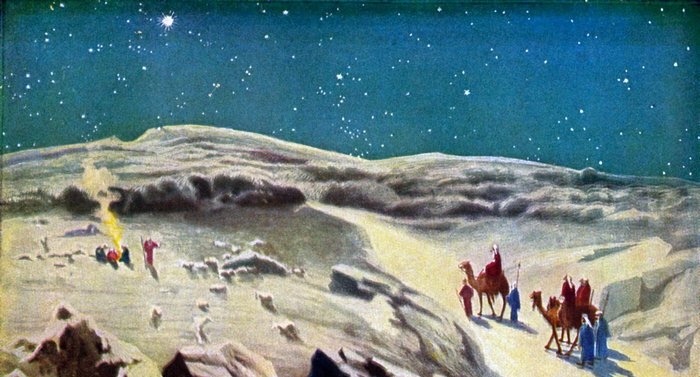 You’ve probably had moments when you’ve experienced it.
Maybe even said it.
But curiously the origin of the phrase “When the stars line up” is nowhere to be found.
(At least not on Google.)

We use this phrase when everything seems to be moving in a certain direction to lead us where we are supposed to go.

It happened most famously over 2,000 years ago, for three Magi who saw the sky pointing to a newborn king.

Who, by the time they got there, was just under two.

I know our Nativity scenes sometimes include these Magi with the shepherds and angels.
But the truth is, they came later on the scene.

They were the unfortunate trigger for Herod’s “Massacre of the innocents” (Matthew 2:16-18), because their visit signaled a threat to his power had been born.
But God protected that baby King.

No one could take his life.
Until it was time for Him to give it.
And the stars lined up for Him to be willingly led to the cross.

The One who put the stars there.

He may be more understated than Santa and Rudolph and Frosty and the Grinch.

But His birth is responsible for their presence.
And without Him, they would cease to exist.